Write What You See! 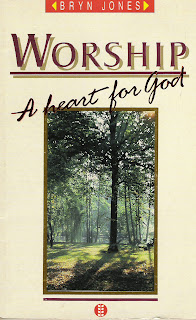 Yesterday I spent a happy few hours in a second-hand Christian bookshop near my parents house and I found a pile of charismatic books written around the 1970s-80s that I got for about £1! It has been incredible reading them because while none of them maybe renowned theologians or academics, they were prophetic visionaries writing down what they saw God was doing in the nation and what they felt God was speaking to them. Because those books are still around, we have a record of those remarkable days in the 1970's so we can learn from their mistakes but grow through their desire and passion for God.
On Thursday 19th January 2006, I wrote a short post reflecting on the differing contributions that audiotapes and books have to make to the Christian church. Derek Prince's biographer noted that; "The Charismatic Movement grew on the power of recorded speech" and went on to suggest that the cassette tape actually defined charismatic culture. However I felt that while audiotapes have a great blessing in that they are affordable and accessible - they can be easily forgotten, easily lost and easily destroyed. Books on the other hand are a different matter. C H Spurgeon had a great deal to say about books and their vitality to the church.
"Some of our very ultra-Calvinistic brethren think that a minister who reads books and studies his sermon, must be a very deplorable specimen of a preacher. A man who comes up into the pulpit, professes to take his text on the spot, and talks any quantity of nonsense, is the idol of many. If he will speak without premeditation, or pretend to do so, and never produce what they call a dish of dead men's brains — oh! that is the preacher.
How rebuked are they by the apostle! He is inspired, and yet he wants books! He has been preaching at least for thirty years, and yet he wants books! He had seen the Lord, and yet he wants books! He had had a wider experience than most men, and yet he wants books! He had been caught up into the third heaven, and had heard things which it was unlawful for a man to utter, yet he wants books! He had written the major part of the New Testament, and yet he wants books! The apostle says to Timothy and so he says to every preacher, "GIVE THYSELF UNTO READING."
The man who never reads will never be read; he who never quotes will never be quoted. He who will not use the thoughts of other men's brains, proves that he has no brains of his own".
Why do I repeat this? I am so excited about the charismatic resurgence of blogging - because I don't think ever before in the whole of church or human history has so many people been writing! Tim Challies made what could be a prophetic statement although he wouldn't call it that. He said;
"It may be worth pausing here for just a moment to ask "Why do people blog?" ... We all want to be part of what is unfolding and this is particularly true as we see power begin to shift from the few to the many. We do not want to be left behind. This is as true in theology as it is in politics ... By way of example, just in the past few months we've seen John MacArthur and John Piper begin to blog. They know that this is how information moves and they see the importance of being part of it".
Can it be true that the church truly is moving away from the clergy/laity divide so that while we still deeply appreciate the gifts of the ascended Christ and look to them, we as a general Church are beginning to write more and document more what we are seeing that God is doing? 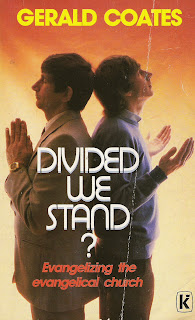 Let me quote as an example some awesome statements that Gerald Coates wrote in his book; "Divided We Stand?" on the subject of apostles today.

"'That they may be one' will always on the heart of an apostle who cares for what God cares about".
"The apostle would attract other people who would intuitively feel their future was tied up with his ministry. Eventually they would be developed and released through his ministry. It must therefore be expected that without apostolic ministry, many who have a strong desire to serve God will never find ultimate fulfillment or release".
This seems to me to have been realised in the example of prophet Julian Adams (who will be speaking at Together on a Mission). He felt called to spend some time with Terry Virgo - and clearly is ministering with him as both Julian and Terry prayed for Rob Rufus at Prayer and Fasting. This is exciting! These concepts aren't just words or dreams but are being worked out in practice in New Testament Church - TODAY!
"Apostles are people of revelation. Others receive and live off that revelation ... living with people of revelation often makes the shadows larger!".
So let's continue to "write what we see!". God is on the move in our nation and the momentum is surely going to grow and grow. Let's ensure that this coming move of God is not forgotten in history like previous revivals because the people in it didn't write down what they saw. Let us set down a pile of stones as a memorial for coming generations to testify that our God is an awesome, great and powerful God who speaks and acts today and is more than capable of turning the tide into a massive tidal wave of power!
And speaking of writing ... the Charismatic Resurgence post has been updated with three very important new blog posts!
Posted by Dan Bowen at 6:18 PM

Until blogging came along, I was sure -- as were others -- that we had entered a post-literate period in which video would be the only purveyor of info. While video will indeed change the Net immensely, I think that blogging is really here and changing things in favor of carefully written-and-argued speech.

However, I must agree with those who say that the charismatic movement spread amazingly via cassette tapes. I first heard C.J. Mahaney and Larry Tomczak via tapes in 1975, as I wouldn't have dared gone to one of those "wild" meetings without some kind of prep. And even then, their tapes were going all over the USA, into the UK and even Africa.

One couple we knew at CLC in Maryland had moved over a thousand miles from Missouri, after hearing CLC tapes for several years. They just had to become part of the community that was living-out the spiritual truths they were hearing on the tapes. They paid two mortgages for several years until the Missouri house sold (back in the days of a "normal" housing market). There were many others who joined CLC after hearing tapes of Sunday-morning or conference teachings. 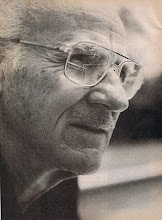 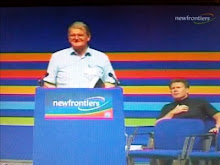 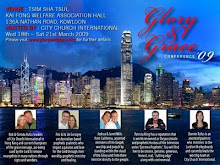